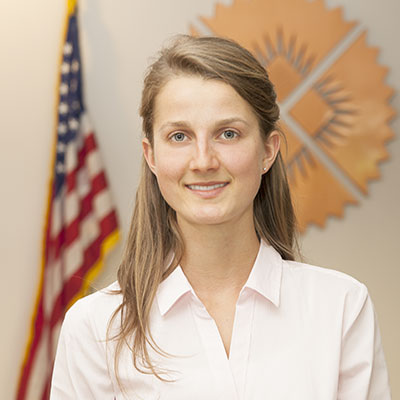 It was announced today that Amy McBirney, a current veterinary student at UC Davis, was awarded Agri-Culture’s 2015 Jeannie Witmer Memorial Scholarship. The award is for a student (past or present) who has participated in the California High School Rodeo Association, District 4, or a California 4-H Horse program within the greater Bay Area.

Amy recently graduated from Cal Poly San Luis Obispo and is currently in her first year at UC Davis where she is working toward a doctorate degree in Veterinary Medicine. After graduation she plans to move back to our area and work as an animal veterinarian. Amy participated as an active member, exhibitor and teen leader in the San Martin 4-H Horse Program from 2004-2011. She attended Ann Sobrato High School in Morgan Hill.

Amy was born in Barbados and grew up on a dairy farm before moving to the United States. Amy has always had a passion for working with animals. She has raised horses, dairy cattle, sheep, goats, pigs, poultry, rabbits, miniature donkeys, and more. She spends her vacation time working with veterinarians in the community

Agri-Culture President Steve Bontadelli stated, “There were several good applicants this year, I wish we could have given them all a scholarship.” Bontadelli further stated, “Amy is an outstanding individual. She has an amazing scholastic record, having never received any grade lower than ‘A’, never even an ‘A-.’” Bontadelli further stated, “Amy is a well-rounded person who has participated in several organization including 4-H and FFA. She will be a great addition to our agriculture community when she returns from college.”

For more information about the Jeannie Witmer Memorial Scholarship or other scholarship opportunities, please contact Agri-Culture at 722-6622 or see the website at www.agri-culture.us.